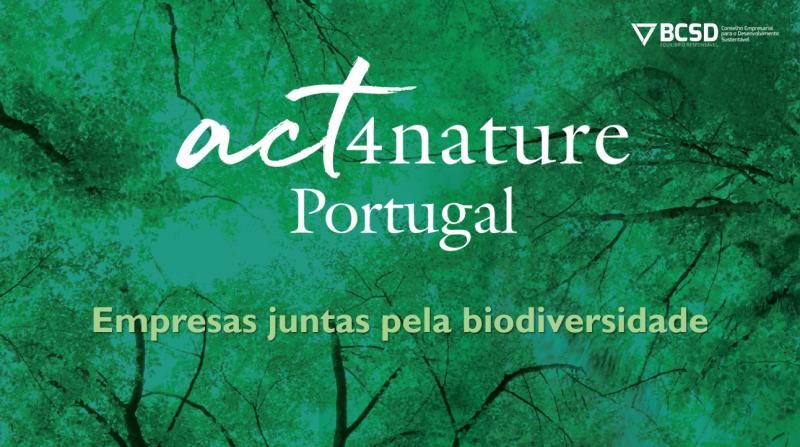 This is initiative promoted by BCSD Portugal that challenges companies to protect, promote and restore biodiversity. It is an urgent call to action for companies to assume commitments to biodiversity, integrating into its business models actions and solutions for the conservation of biological diversity, for its restoration, for the sustainable use of natural resources and for fair and equitable distribution of the benefits that result from such use.

Any company, regardless of its sector of activity or size, can join the Act4nature Portugal. The participation of each company is based on the subscription of 10 common commitments and a set of individual SMART commitments - Specific, Measurable, Additional / Additional, Realistic / Realistic and Time-bound / With a defined deadline, in line with the activity that develops.

Act4nature Portugal comes under Act4nature International, launched in France in 2018 by the association EpE - Entreprises pour l'Environnement, partner of BCSD Portugal through the WBCSD Global Network. The initiative is part of the commitments assumed in 2019 by BCSD Portugal, by joining the Business for Nature coalition, which include the objective of involving companies in commitments that contribute to reversing the loss of biodiversity and the degradation of ecosystems and the services they provide globally.